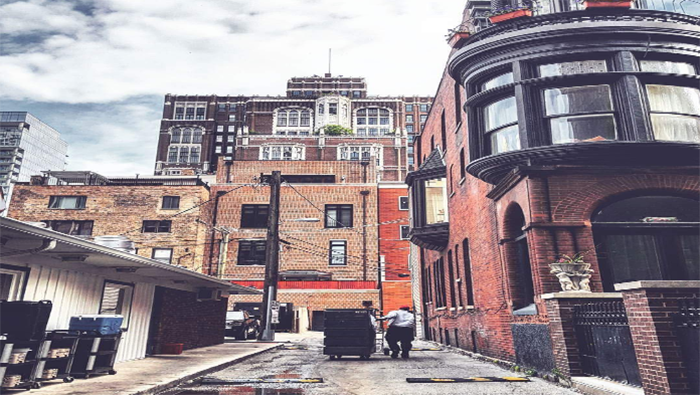 Fornaro Law provides its municipal and zoning clients with legal and business advice and experience.

Fornaro Law attorneys have practiced in the public sector representing municipalities and on the private side representing developers for the last 21 years.  As such, Fornaro Law has established working relationships with public officials, Village staff, and Village attorneys throughout the western suburbs.  As a result, Fornaro Law has an impeccable reputation with its peers, clients and others and can easily navigate through the municipal processes.

The municipal world contains a very small group of attorneys. Selecting the right one is very important.

Being a municipal attorney not only requires a skill set in municipal law.  Fornaro Law believes that being business minded, communicative and collaborative is equally as important.  The attorneys at Fornaro Law work in a variety of legal areas that give perspective to the representation of our municipal clients.

Fornaro Law has represented municipalities in the public sector and prepares and negotiates development and real estate agreements with municipalities and other developers.

Philip Fornaro was involved in the representation and performed every facet of municipal work for the Village of Berkeley, Village of Hillside and the Village of Westchester from 1995 to 2004 as assistant corporate counsel but also handled the litigation in court and at the administrative agency level.

Philip also represented the West Suburban Neighborhood Preservation Agency (“WSNPA”) for nine years.  The WSNPA is a Cook County organization responsible for providing second mortgages to homeowners to assist in the rehabilitation of homes in the western suburbs.

From 2009 to 2014, Philip Fornaro and Fornaro Law represented the Town of Cicero Library by attending all meetings, acting as corporate counsel, negotiating intergovernmental agreements with the Town, and litigating various human rights and employment law cases.

From 2014 to the present, Philip Fornaro and Fornaro Law has represented the City of Berwyn and specifically the Berwyn Development Corporation (“BDC”) in the drafting of all the loan documentation for the organization and prosecuting and defending the BDC in foreclosure cases.

From 2009 to 2017, Fornaro Law was corporate counsel to the Village of Broadview. As the attorney for the Village of Broadview, Fornaro Law handled the drafting of all legislation, prepares and negotiates development and real estate agreements, handled all matters related to the five Tax Increment Financing Districts, reviewed sales tax incentive agreements, acted as issuers counsel in rollover bonds and bond refundings, participated in state and federal cases as plaintiff and defendant counsel where not covered by insurance counsel, participated as the lead in collective bargaining agreements with six unions, participated in interest arbitration and grievance matters, drafted 6b incentive ordinances, drafted intergovernmental agreements, drafted employee manuals, negotiated with insurance brokers to reduce health insurance benefits, drafted cross connection ordinances to ensure no backflow into the water system to conform with state law, prosecuted liquor license violations, redrafted Village zoning code and out of date text, acted as zoning attorney on matters such as variance, special use, plan unit development, text and map amendments, and subdivisions, worked with police department on independent investigations, engaged in projects as legal counsel on storm water management with Cook County, Forest Preserve and the Metropolitan Water Reclamation District, and represented the Village when interacting with a number of other governmental units including but not limited to the Illinois Department of Transportation and the Department of Veterans Affairs when necessary.  Due to the existence of five TIF Districts, Fornaro Law also interacted with various taxing districts during the Village’s annual Joint Review Board meetings.

From 2017 to the present, Fornaro Law is representing the Village of Broadview as special counsel, mainly focusing on federal and state litigation.

Mark Scarlato has represented the following municipalities and their officials during his career: The Village of Melrose Park, Town of Cicero, Sauk Village (administrative adjudicator), City of Naperville and the Village of Broadview.

Mark received the 2013 Litigation Award from the Illinois Local Government Lawyers Association for his successful defense of the Patrick Engineering vs. City of Naperville case which was tried before the Supreme Court of Illinois. Mark was also involved in a significant appellate case entitled Naperville vs the Fraternal Order of Police in which his arguments were adopted.

Specific municipal experience on behalf of Broadview includes, but is not limited to, representation of Broadview negotiating redevelopment agreements with various corporations. Tim was instrumental in representing Broadview in providing zoning relief and economic incentives pursuant to a redevelopment agreement with a developer to construct a Checker’s restaurant located on the corner of a vital intersection in Broadview. Tim negotiated an indemnification and hold harmless agreement on behalf of Broadview with a large retail development. Tim assisted Fornaro Law as issuer counsel for Broadview concerning public debt offerings related to Broadview’s annual roll-over bonds. He organized and convened annual Joint Review Board meetings to provide annual reports to and consider the concerns of the various taxing districts located with Broadview’s various TIF Districts.

Besides his municipal work on behalf of Broadview, Tim has successfully represented private developers in obtaining zoning relief and obtaining tax incentives with various local municipal governments, including recently: (1) successfully negotiated a sales tax abatement agreement on behalf of an owner/developer of a local supermarket with the City of Berwyn, (2) represented a restaurant development group to secure tax incentives from the Village of LaGrange Park.

Vincent C. Mancini has represented various municipalities and/or their public officials throughout his career, starting with his time as an Assistant State’s Attorney in DuPage County.  Vince’s other municipal clients included the City of Naperville, Edgar County, Hinsdale Township High School District 86, the Village of Broadview, and DeKalb County.  These matters involved complex legal claims for alleged civil rights violations for malicious prosecutions, some of which dated back to the 1980’s, alleged restraints on a developer’s First Amendment right for a proposed land use, and Freedom of Information Act disputes concerning the use of personal email addresses.

Further, Vince has represented private clients before various governmental entities.  For example, Vince prepared and presented zoning and land use matters in the Village of Clarendon Hills and conducted administrative hearings before the DuPage County Election Commission.  He has also engaged in municipal, educational, and constitutional litigation on behalf of private individuals related to alleged civil rights violations, employment discrimination and discipline proceedings, and student suspension/expulsion hearings.

Also, for more than 10 years Vince served as a plan commissioner and Village Trustee where he lives, which provided him a wealth of knowledge concerning the workings of municipal government.  Vince’s commitment to the community does not end with his clients, having received (1) the 2012 Pro Bono award from the DuPage County Bar Association for representing an indigent woman being sued for an alleged civil rights violation and (2) the 2015 Kane County Bar Association Community Service Award for his charitable work on behalf of the bar association.  Vince’s service to the community culminated in his appointment as President of the Kane County Bar Foundation in 2016.

Philip Fornaro, Charles Topping and Mark Scarlato have been litigating a first amendment adult use case in Federal Court since 2009 as Village of Broadview’s counsel in which they received a favorable ruling in March, 2017, which is now under appeal.

Municipalities and Agencies that Fornaro Law and its attorneys represents or has provided representation:

Having a zoning attorney is critical to navigating each municipality’s unique zoning process. Every jurisdiction has its own rules and regulations.

Whether you have a complex or simple land use matter, your attorney should also be involved in local municipal hearings.

Municipalities in which Fornaro Law has represented private clients:

Zoning provides an opportunity to add value to private entities and municipalities.

With the signs that the economy is improving, long delayed projects are ripe for a new beginning.

Fornaro Law can assist you with variation, special use and text amendments but also can negotiate and draft development agreements and easements.

At times, a real estate project cannot be viable without a municipality providing economic incentives to the developer.